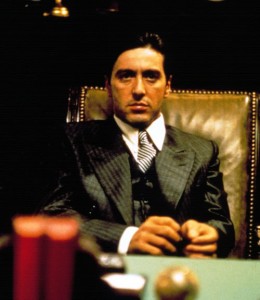 We all have been guilty of, worked with, for, or witnessed someone in a leadership role who would “flip a lid” at the drop of a hat. I believe “lid flipping management” runs in my family. Legend has it that my grandfather literally kicked his employee and son (my uncle) by the seat of his pants out the front door of his office into the street. The lid flipper believes getting angry is the only way to ‘drive’ motivation, but sustained motivation is not achievable by ‘drive’ alone. Long-term, that’s as difficult as pushing a string. Sustaining motivation is through teamwork, not ‘leader vs. others’ fueled by anger. The lid flipper is lazy, secretly hoping those around him will learn to ‘fix’ issues without disturbing him.

From experience I can tell you this is a recipe for disaster. Angry leaders create bigger problems, developing a culture of cover up. Sam Chand says, “unpredictable leaders produce tentative followers.” You see, after a while, the team will no longer draw straws to see who knocks on the door as the angry leader becomes less and less approachable. That’s why big scandals often happen on a lid flipper’s watch – they are not necessarily corrupt themselves, but simply so far out of touch because no one wants to discuss anything with a lid flipper. I would be lying if I were to say I never get frustrated or disappointed, but the difference maker is when I realized this simple truth: If everything always ran smoothly, there would be no need for a leader. NASA took unprecedented precautions, but things can and sometimes do go badly. That’s when leadership is needed. Great leaders are never known for their capacity of immense anger; great leaders are known for their ability to stay calm.

You may be in a scenario where leadership is hostile or severely lacking. I’m reminded of Proverbs 30:24 and 27 as locusts being one of four unusually wise things on earth because they have no king but they march in formation. Even without great leadership, be unusually wise; set your own goals and objectives that are in the best interest of your employer. “Try to please them all the time, not just when they are watching you. As slaves of Christ, do the will of God with all your heart. Work with enthusiasm, as though you were working for the Lord rather than people” (Ephesians 6:6-7). Joseph became one of the richest men in the world simply by being the best at any job given. Doing so will ensure doors swing open that no lid flipping leader can shut.

What about you? When things go unexpected do you tend to get angry, or use it to stretch your leadership skills?