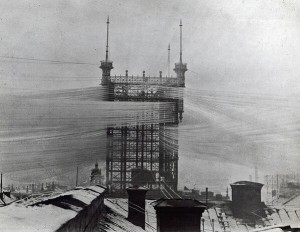 Some things matter more than others, but make no mistake, everything communicates. Everybody always gains by good dialogue. I can’t remember the last issue from over communicating; they all seem to be from under-communicating. Insist that others be clear on details. Clarity does not always come with time – if you are unclear on the front end, you will most certainly be unclear when you are underway. Albert Einstein said, “If you can’t explain it to a six-year-old, you don’t understand it yourself.”

I have heard the complaint that employees ask too many questions. My response is that you have made a bad hire or you have poorly communicated clearly what you expect. They’re asking because they don’t know. So why are you frustrated with them? Lack of communication leads to fear and anger, and a confused person often says “no.” Great communicators are humble enough to connect through being real and not hiding weaknesses. They also are not afraid to keep dialogue open through praise, knowing that abilities, wither under criticism, but blossom under encouragement.

I feel communication is important to God as every story in the Bible involves interaction between God, angels, people, and at one point a donkey, so how and what we communicate must matter. God gave very specific details to Noah on how to build the ark. At one point God said “Write My answers plainly on tablets, so that the runner can carry the correct message to others” (Habakkuk 2:2). When I think about miscommunication, I’m reminded of a story of a captain who inspected his sailors, and afterward told the First Mate that his men smelled bad. The captain suggested perhaps it would help if the sailors would change underwear occasionally. The first mate responded, “Aye, aye, sir, I’ll see to it immediately!” The first mate went straight to the sailors berth deck and announced, “The captain thinks you guys smell bad and wants you to change your underwear.” He continued, “Pittman, you change with Jones; McCarthy, you change with Witkowski; and Brown, you change with Schultz.” This funny but gross story illustrates exactly what cost organizations untold fortunes daily through miscommunication. If the captain would have taken a little more time being specific, his desired result would’ve been accomplished. Make the extra effort and include the extra sentence to avoid miscommunication. Assumptions can be devastating.

The only thing worse than poor communication is no communication. Simply returning correspondence almost speaks louder than what you say. If the number of items needing response is many, the responsibility to respond is even greater. Sometimes systemized standard responses to repeat scenarios can lessen the burden. After all, you can run a McDonald’s restaurant with 16-year-olds. But no matter what you do, practice, focus, and commit to being a great communicator.

What are some techniques you use to communicate clearly?

6 thoughts on “Change Your Underwear”