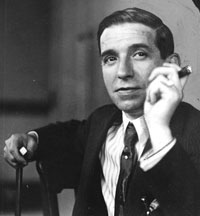 Charles Ponzi 1882-1949 of which 15+ years was in prison. An Italian immigrant to the US became one of the most famous con men in American history. Hence the term “Ponzi Scheme”

I have had the privilege of working with top business coaches from around the country, some specifically skilled at sales. There are many beneficial techniques such as personality assessments, follow-ups, closing statements, etc. that if implemented correctly, can increase the chances of a sale. However, no sales technique has or ever will compare to authenticity. Being authentic trumps them all. Authenticity trumps slyness, or being a slick talker, in any negotiation worth being involved in.

If you don’t know an answer, simply say, “I do not know the answer to that, but I’m going to take note and get back with you, is that okay?” I have never had anyone tell me, “No, that’s not okay.” Hiding, fabricating or brushing over facts is not being honest and I have never witnessed it benefit anyone long-term. Make your business dealings beneficial for you and the recipient, because as John Wooden says, “There is no pillow as soft as a clear conscience.”

I once was helping a friend who wanted to develop the habit of sending thank you cards and little notes of encouragement. He asked, “What do I say in the note?” I said, “What has this person done that you are thankful for, or that you appreciate?” He said, “I don’t know, I’ll just make something up.” The problem with that is, “In the end, people appreciate honest criticism far more than flattery” (Proverbs 28:23). Being fake turns our stomach so much that we would prefer criticism over it. Be authentic or send nothing at all. Become genuinely interested in other people and you will never have a shortage of friends. In fact, one of the best ways to determine if you are genuine, is to see if the people around you are authentic. Being authentic requires being confident about your strengths, but comfortable admitting your weaknesses. Put more of yourself into what you say and don’t worry about its formality. As Leonardo DaVinci said, “Simplicity is the ultimate sophistication.”

2 thoughts on “Authenticity vs. Slick Talkin’”