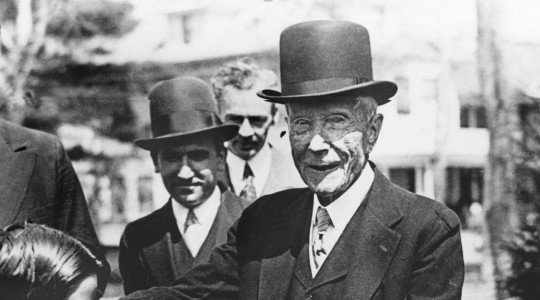 John D. Rockefeller spent his life giving away vast fortunes yet by the time died in 1937, his assets equaled 1.5% of America’s total economic output. To control an equivalent share today would require a net worth of about $340 billion dollars, more than four times that of Bill Gates. Eventually his state to state empire Standard Oil Co. grew to country to country, plotting from 26 Broadway entire ocean fleet of tankers transporting millions of gallons of oil. Standard oil had 4,000 miles of pipeline, 5,000 train tank cars and employed over 100,000. The company was so large when the Geodetic Association announced plans to measure the earth it would enable the trust to learn the exact size of their property. So how did he do it? I believe the answers can be revealed in these three categories exposed in the 676 page biography TITAN by Ron Chernow, here is what I learned: END_OF_DOCUMENT_TOKEN_TO_BE_REPLACED